The next of our historical sources is now live on the website! Over the course of last week, we completed the work of preparing the data which was collected from MS Peniarth 147 in order to include them in the list. Almost a thousand historical forms of Welsh parish names have been uploaded from this important manuscript, dated c.1570, which was collected by William Dafydd Llywelyn of Llangynidr. 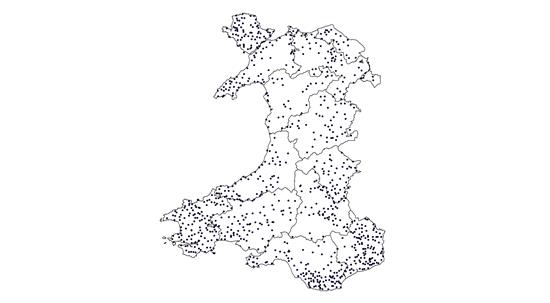 The list includes forms which show the influence of the Welsh dialect of Breconshire, and fascinating Welsh language forms of parish and village names from South Pembrokeshire and Gower. The above map shows the distribution of these names across Wales.

On Thursday evening, 21st of September, James addressed the Llandinam History Society on the topic of ‘Collecting Welsh Place Names’. He spoke about the Place Names List, including the linguistic, historical and political background which gave rise to it. He also explained the various sources used for the list, and the different types of data that using these gives us. As well as this, he spoke about our plans for the near future: which other sources we will be adding to the List, and how the public can help us realise our vision. 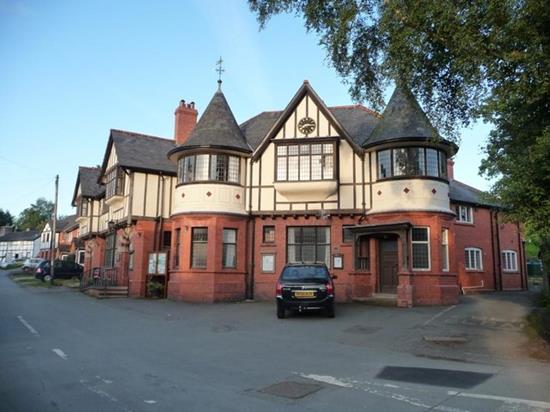 James ended by appealing to the members of the Society to share their place names with us, be they farm names, house names, stream names or anything else. The hope is that this will ensure that the people of Wales themselves play a foremost role in the creation of the List. We had a very lively discussion after the presentation, with many very good questions and would like to thank the Llandinam Historical Society for inviting us to address them. This was the first in a series of talks James will be giving all across Wales to raise awareness of the List and its relevance and importance to contemporary Wales. If you are a member of a similar society and would like James to give a talk to you, please don’t hesitate to contact us!