Several interesting things have happened over the last few months, so here's a quick update to let you know what's been going on. First of all, the second volume of the Parochialia has been fully uploaded, which means that we now have 3878 names from 1699 in the List, covering most of Denbighshire, Flintshire and Meirionydd, and various parishes in Caernarfonshire, Radnorshire and Breconshire. You can find them all either by searching by source, or searching for every name from the year 1699.

Secondly, James spoke about the List, how to use it, and the problems we've faced in compiling it at the Welsh Place Names Society's annual conference. 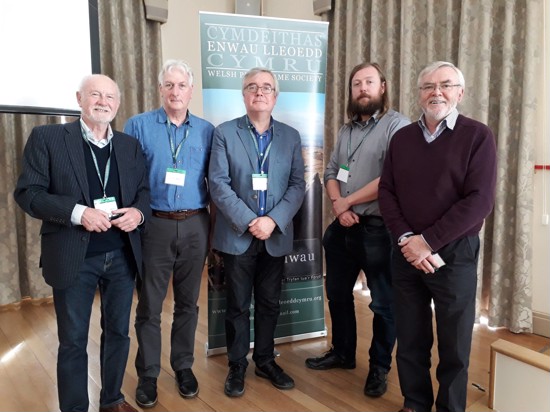 Thirdly, we've been sent another contribution by a member of the public, a list of field names from Llanilar in Ceredigion, which were collected in 1976. What's interesting about these names is that many of them are different to those recorded on the tithe maps, only 130-odd years later. Take a look! 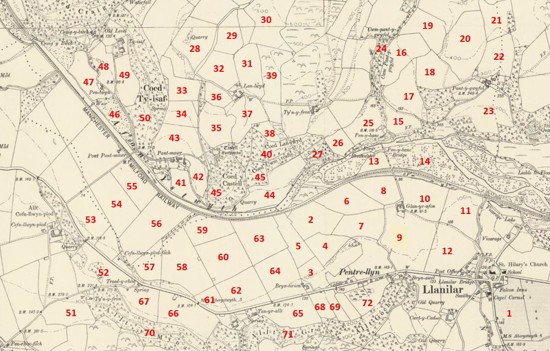 And finally, the eagle-eyed amongst you may have noticed that western Carmarthenshire has slowly been changing colour! The points marking individual names were originally supposed to be colour-coded: blue for settlement, yellow for topographical feature, brown for civil parish, green for field, red for unclassified etc. Unfortunately, due to time constraints, we were not able to do this for the sources that were in the List at launch, and so currently everything is red, apart from Cynefin, which is green (being fields). However, James has been spending a day a week correcting transcriptions, and changing colours, starting in Carmarthenshire, and has reached the point where the entire western half of the county has been checked and updated. So for an idea of how the List will look as a 'finished project' (it'll never be finished....) head down to western Carmarthenshire.