As you might expect, it’s been harder for us to develop the List during lockdown, without all the resources of the office, and with small children running about the house… But despite everything, the work continues. We’ve been concentrating on data cleansing during lockdown, rather than trying to upload more names, and only a few parishes in Carmarthenshire remain to be checked.

As well as correcting existing misspellings and mis-transcriptions we’ve also been working through the remaing dittos from the Cynefin Project, and hope to finish that, and have those 17,000 names ready for upload by Christmas.

We’ve also received a number of names from members of the public, so thank you very much to everyone who has sent in names to us. We’ll be talking more about those names in the next blogpost. 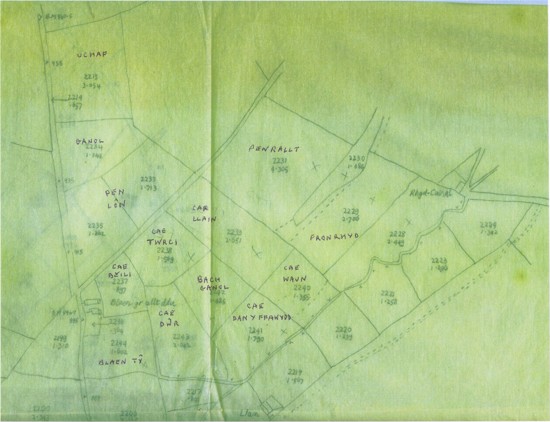 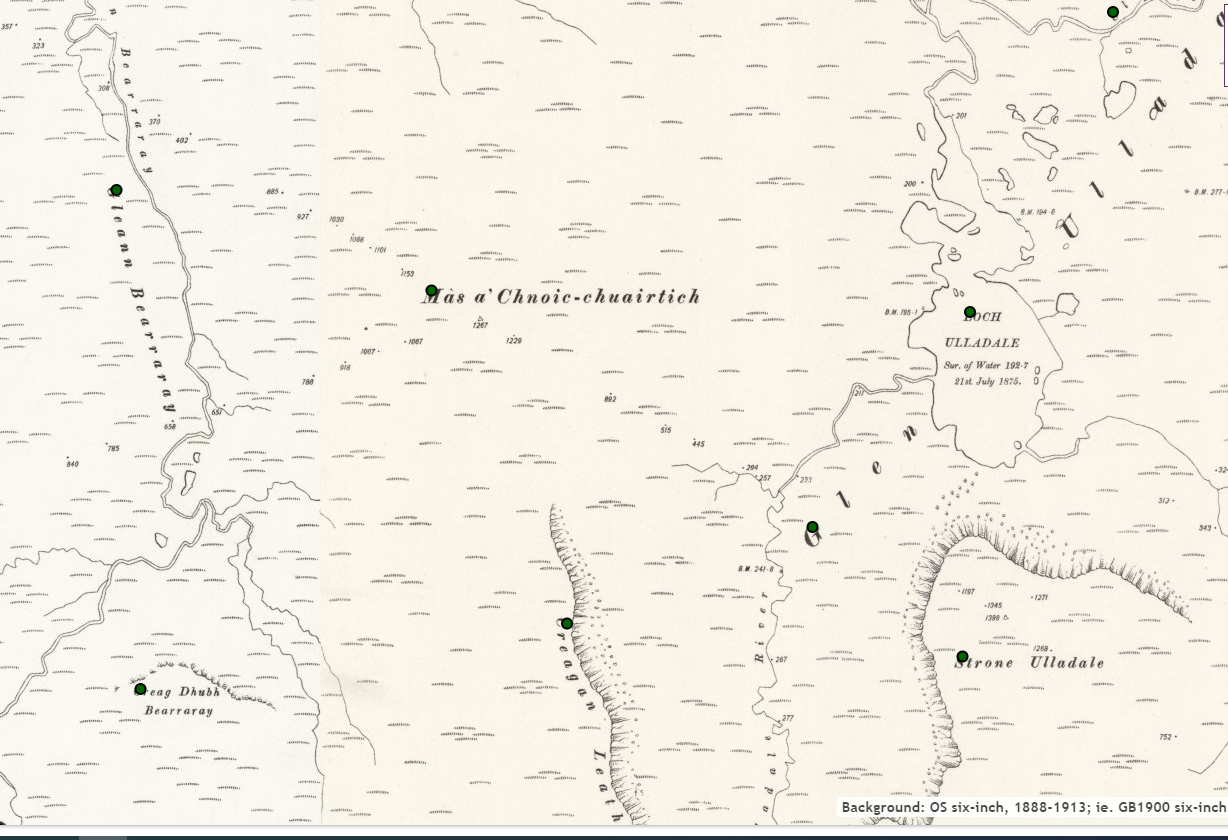 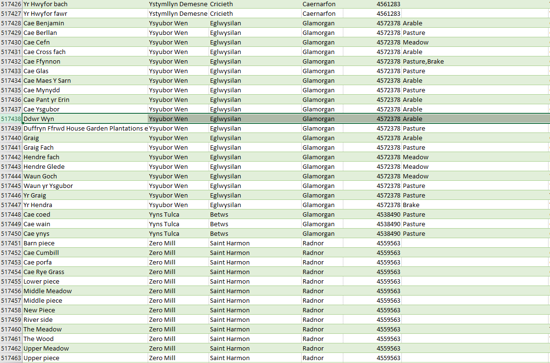 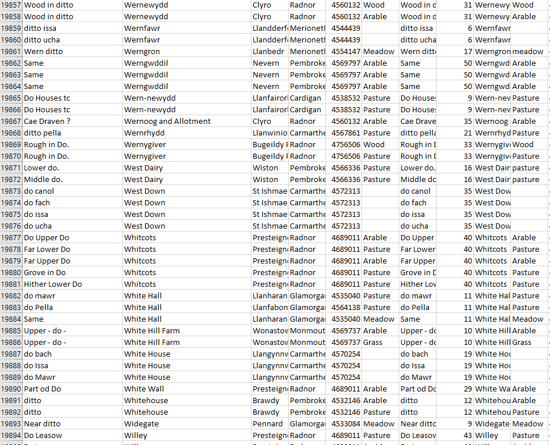 From today onwards, two interns from the Department of History and Welsh History, Aberystwyth University, will be working on the List for 160 hours between the pair of them. M.A. students Jackie Jarocki and Karolina Slizewska, will be inputting place names from The Place Names of Pembrokeshire by B.G. Charles, and ensuring that the names from the county which we already have are correctly transcribed They will also be responsible for changing the colours of the points which mark the names, as is already happening in Carmarthenshire.

As well as this, we're still working through the Parochialia, and have received a number of names from the parish of Llangynfelyn in Ceredigion, which were collected from members of the public during the Celebrating Llangynfelyn Community Day which was held last Saturday.

We got a fantastic Christmas present from the National Library last week - the rest of the Cynefin data! Those of you who've heard James talking about the List will have heard that the data would be arriving 'in the near future', and it's a pleasure to be able to announce that we are now living in the future.

We received nearly 900,000 pieces of data from the Library team, and we're currently cleansing them in the hope of uploading them before Christmas. We've already got some 200,000 names form the Cynefin project in the List, which will recieve the same clean-up process as the new ones, in order to make sure that we get rid of all the dittos and the 'house and garden's once and for all. Once this is done, we estimate that there will be roughly a million names from all over Wales protected in the List. We'd like to thank the staff of the National Library, and everyone who volunteered on the Cynefin project for all their work, and for sharing the names with us so that they can be protected for ever, and used both officially and unofficially by authorities and by the public.